So apparently WordPress.com thinks I did okay in my first year of blogging.  Frankly, I’m quite proud of what I accomplished and hope to do more this year.  Among my new years resolutions are to double the page views and write at least 100 posts.  And yes, this one counts towards the total!

Thanks to the support from all my readers this past year.  It is much appreciated.

And now for the pretty pictures: 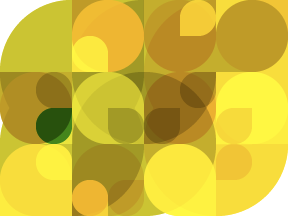 A helper monkey made this abstract painting, inspired by your stats.

The busiest day of the year was June 20th with 110 views. The most popular post that day was With us or against us.

Where did they come from?

The top referring sites in 2010 were galilean-library.org, Google Reader, my.yahoo.com, facebook.com, and google.com.

These are the posts and pages that got the most views in 2010.

With us or against us February 2010
2 comments

Sam Harris is unscientific May 2010
3 comments

Praj
View all posts by Praj →