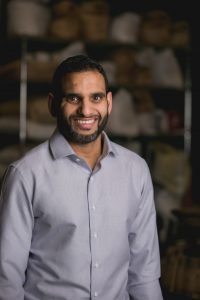 I was born in Kingston, Jamaica, and lived there for the first 12 years of my life. I moved to New York City for the next two years, the suburbs of Philadelphia for high school, Penn State for college, and Stanford for graduate school. I received my Ph.D. in Applied Physics from Stanford in March 2009. I studied space plasma physics, and you can read my publications here. From Sept. 2009 – Sept. 2011 I was an AAAS Science and Technology Policy Fellow at the Environmental Protection Agency. Since January 2012, I have worked in enterprise software.

In 2019, I ran for Denver City Council District 1. Although the race was officially non-partisan, I think of myself as a reform conservative and I tried to position my campaign that way. Here are a couple articles about the election.

Over the years I’ve written about theology, science studies, history and philosophy of science, regulatory science, basic research, creationism, politics, race in America, and diversity. While I used to segregate my writing in different venues, I decided to combine them, which is why I created the site you’re reading now.

I’m currently focusing my writing on the ‘college-for-all’ trend, and what I call the academic approach to learning. A lot of education discourse implicitly assumes that the best or only way to learn is for a professor to teach them in a classroom. I’m (slowly!) working on a book around these themes, and I hope to have it completed by 2023.

My wife and I also occasionally blog our experience as foster parents. Being a foster parent is the most important and meaningful thing I do. I plan to migrate those posts over here. But until I do, please check out the Gift of Gav.

Note: I’ve simply copied over my posts from two previous blogs. I mostly wrote about science studies for about three years, and then about evolution/creationism for another three. So if you read the archives and see an abrupt change, or come across defunct references, it’s because I mostly didn’t cull or organize my previous writing before I brought them over here.